I was not a fire wife on September 11, 2001.  I didn't live that day worrying that my on duty firefighter may have to respond on a similar attack on our city, or that my off duty firefighter would be called in to work on such an attack.  In fact, I can't even imagine being in that situation.  On most days I send my husband off to the firehouse and just say "See you in a couple days" without a second thought.  I don't often think about the possibility of him not coming home.  I don't think you can.  I wouldn't be able to function while he was away, and would spend all of his time at home dreading him leaving again.  But occasionally, the thoughts do sneak into my mind-the reality of his line of work.  And no, Line of Duty Deaths are not common in our area, but they do happen.  And it is a reality.  I have had dreams of seeing the chief's vehicle pulling up in front of our house and feeling my stomach dropping (and woken up in a panic that it was really about to happen).  I have even received a call from the hospital in the middle of the night, saying that my husband had been taken in and immediately had the worst thoughts come to my mind.  Those dreams haven't happened but a couple of times, but they have reminded me to at least think about the possibility.  I don't think anyone could ever be prepared for that, but I do think that as a fire wife, or military wife, or police wife, or probably any wife for that matter, it is something you need to spend some time thinking about.  Not out of fear, negativity, or self pity, but just out of reality.  I think about the fact that I have 4 children that would need nurturing as well.  How do I think I could deal with that?  Who could I lean on to help me with helping them?  And yes, I think in the actual situation all of those 'plans' would probably fly out the window; but maybe over time, having thought about these things before hand would help me to be there for them better-and to be there for myself better.  Again, this isn't something that I dwell on.  But the thoughts do pop in my mind on this day every year, as well as when ever I hear about a LODD.

So, I ask you today to remember the 343 firefighters who lost their lives on this day 12 years ago.  Pray for their families, their spouses, and their children-some of which never even met their fathers or mothers.  My guess is that it was 'just another day' of heading to the station.  I am so thankful for these men and women who head to work like it is nothing.  And I am thankful for their families who anxiously await their return home the next morning, or a couple mornings later.  Their kids who's dad misses his game winning goal or home run, or play, or concert, or birthday, or Christmas morning.  And for the dad (or mom) who is at the firehouse, missing out on all of these times with their families.  And mostly, for the one's who are no longer here for any of these special days because they gave their life to save others.  To firefighters and fire families I say THANK YOU!  I know some shifts seem to drag on forever, and there are days you wish you could be together.  But you are the brave few who can live this life.  It isn't for everyone.

I urge you to also take some time today to remember your local firefighters who are sitting at the firehouse, waiting for you to call; whether it's just a typical day, or in the middle of the night, or in the middle of your Easter dinner, or birthday party, or Christmas morning when you are opening presents around the tree.  They are there.  They are ready to help you, your child, your spouse, or your parent, even if it means missing their own.  God bless these brave men and women!  And again I say, THANK YOU. 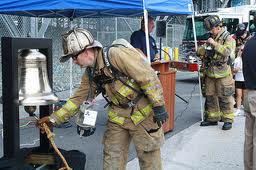 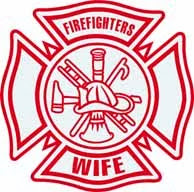 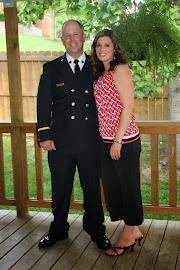 Welcome! I am the wife to a firefighter and stay at home mom of 4 young kiddos! I love organizing, cleaning, decorating and photography. Take a peek around and see what is happening in our less-than-simple lives!